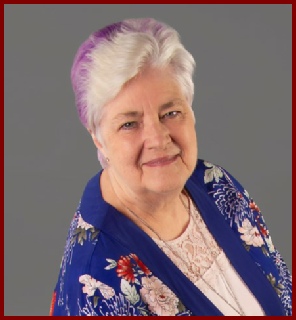 GETTING YOUR DIALOGUE RIGHT

I have previously talked about showing not telling, and points of view and tenses. All these are useful elements to be aware of, and to get right, especially when writing dialogue. Writing something such as Linda and Jim had a big row about which one of them was going to cook dinner’ seems very flat. However, if you gave us the argument with plenty of descriptive  gestures in the scene, we’ll that would certainly improve the writing. Mind you, the scene also has to serve a purpose. Remember, if one of them gives in  too easily then the story won’t necessarily move forward. The question you must ask yourself is why is it so important?

Let’s look at accents or slang: One should always remember that less is more. You can indicate where someone is from but you shouldn’t write their whole speech in that accent. Or even slang talk. Doing so will only alienate those readers who don’t know that part of the world. Having said that, a piece should still feel authentic. For example: if you write an historical novel then your characters shouldn’t be speaking the way we do today. However, that doesn’t mean to say you have to go overboard in using historical language. Make sure you use just enough so it’s easy for any reader to follow. Anything which makes a reader pause (or stop) is best avoided.

Another area to consider is Exposition: The meaning of exposition is the comprehensive description and explanation of the idea or theory of your tale.  You shouldn’t have one character remind another of something they both know purely for the benefit of the reader. For example: John says, “Oh, you know you won the lottery…”  Well, tell us in another way. Such as: “You are so jammy; I buy a lottery ticket every week and have only ever won a tenner?” Doing it this way is also showing rather than telling.

Keeping it real: Another thing to bear in mind is that we don’t always talk in complete sentences. We get interrupted. So make sure your characters do the same by interrupting each other. In order to highlight this you would write their speech with a dash rather than an hyphen or by using ellipses. So, where the first character is cut off, you could put, “I knew you were going to -” This would be followed by the speech word “What?”

To help you understand why not watch some fictional tv programmes and see how they talk. Soaps are particularly good for this as they are often fast moving. They are also usually set in smaller locations, such as a street or an area of town, allowing for more dialogue than action or camera movement. This would be equivalent to you writing a description in your book. Remember, characters familiar with each other will always speak differently to those they’ve only just met.

Take care with your Layouts: Each character should have their own paragraph, even if they say only one word. Have a read of a fast-paced James Patterson book; there you will see more dialogue than description. Whereas if you read say a Catherine Cookson then you will discover how description rich it is; mainly because she’s setting the scene.

Another element of dialogue is Tags: It is actually recommended that you can only have up to six pieces of dialogue. This should be between no more than two people and without attributing it to someone. And remember there is nothing wrong with the word said. Please, don’t tempted to look at the thesaurus and say something like, “Fred postulated.” You can avoid tags by having one character say the other characters name: “Oh Fred, that’s…,” although we rarely do that in real life do we. Alternatively, have them do something before speaking. For example: Fred laughed. “That is so funny.”

Of course you could have no tags: Another way when writing dialogue (especially if you need to distinguish between your characters or a scene which isn’t working) is to write a section, or even a whole- piece of flash fiction, of just dialogue. Think: no he said/she said, but purely what they are saying. If you can write it like this then do so but leave it for at least two weeks, and come back to it later. When you re-read the whole piece you will know who is saying what, and also if you have written it well.

Now you may or may not be aware that through my sister organisation Mentoring Writers I have created a number of podcasts which cover a variety of subjects relating to the writing world. Some of the se podcasts are shown on my website with links to past recordings. However, if there is any subject you would like Mentoring Writers to cover in our podcasts please feel free to email us with your ideas. You can email me contact@ann-brady.co.uk or direct to contact@mentoringwriters.co.uk placing Podcast Subject Suggestion in the Subject Line of the email.